Sandevid is a Spanish company founded in 1980, who produces various types of mixed drinks that include wine. They have Familia Clasico and Familia Limon which are better known as Tinto De Verano, this drink is half red wine and half lemon or orange soda. These Sandevid products are aimed to consumers who are looking for an alternative drink rather than just wine. Familia Naranja and Familia Sangria are refreshing drinks with natural fruits. The last product that Sandevid offers is Familia Rebujito, a refreshing typical drink from Andalucía aimed at young adults who enjoy apple wine. 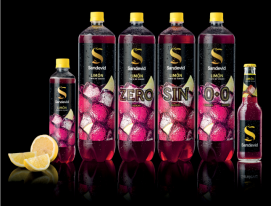 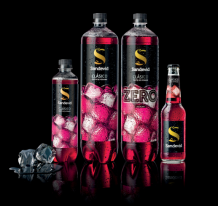 Tinto de Verano’s primary U.S. target Segment will be US Millennial’s which have demonstrated to be a main contributor in the increasing percentage of total drinking age-population that “went from 7.9% to 13.9%” (Chew). Drinking a total of about 159.6 million cases of wine in 2015 amounting to 42% of all wine consumption in the US (Chew). These numbers average about three glasses of wine per sitting (Chew).

Sandevid’s targeted Millennials are composed of both Males and Females, born from 1980 to 1997. A total of 34% of all millennials living at home with approximatly 61.4% with at least a bachelor’s degree, earning wages that average about $37,000 annually (Wilson). With a 55.8% majority having a white ethnic background (Frey). Comprising a 23% of the total US population and with the perspective of viewing “wine as ‘relaxed and happy’ ” but willing to try new drinks (Knorp). Since millennials yearly salary isn’t that much, they will be the perfect consumer for Sandevid in the U.S.

Millennial’s since 2010 to 2015, have fervently been moving to metropolitan areas across the U.S. such as Austin, Texas, Pittsburgh and Pennsylvania, but have avoided major cities such as New York City or Washington D.C. due to “increasing real-estate prices and stiff job competition” (Abadi).

Sandevid Tinto de Verano can be found very easily in Spain. It’s available for purchase in supermercados, convenience stores as well as small family owned mercados at a retail price of 1.55 Euros.

In terms of promotion, Sandevid has a very active social media presence where they had a promotion called Vuela Sin Sorteos to attract the attention of young consumers who like to travel and have fun. Through this promotion, the consumer had to purchase six bottles of 1.5L of any Sandevid product and collect the codes on each bottle. Then register them on their website and had access to purchase flights in Europe or Morocco for only 44 Euros round trip for two persons.

In the United States

We will use the 4 P’s of marketing to analyse our marketing mix and to discover what Tinto de Verano can do for our audience. Tinto de Verano is a tangible product that is made of red wine and gaseosa, a low sugar carbonated lemonade; the drink can be homemade or store bought from the Sandevid brand (Tripadvisor). It translates in English to the red wine of Summer. Many attribute its name to its refreshing nature during the heat of summer, however, its consumption is not limited to that of summer.

There is no common price of homemade tinto de verano, however many sources agree that it is very cheap to make (Bogaard). The price of bottled Sandevid tinto de verano is around 1,85 dollars, therefore this product is very affordable (El Corte Ingles). In fact, this drink it much more affordable than other types of alcohol in America. For example, the price of a refreshing summer Budweiser, which is one of our competitors, can be as expensive as 4,00 dollars (Budweiser). Tariffs would need to be considered, however the price is well below the prices of most other alternatives.

When it enters the U.S. market, Sandevid will be available in convenience stores, gas stations as well as grocery stores. Sandevid’s Tinto de verano is a cheap product which needs to be promoted in common places like grocery stores on the ends of aisles, so that shoppers’ attentions are grabbed early on. In the initial stages of introduction in the American market, Sandevid will need to invest in a lot of advertising for our product because only Spaniards know what tinto de verano is at the present. One of our main focus will be social media marketing and getting influencers to endorse Sandevid Tinto de Verano to increase our brand awareness. Branding will need to be appropriately communicated through the product’s promotion. If the initial introduction of the drink is not properly executed, it will be hard for the drink to be introduced in the future as well.

Anticipated Success in the U.S. Market

Statistics for 2017 US wine sales show steady growth, but with increasing competition from imports and other beverages. It is widely expected that 2018 will continue to see steady growth pattern of previous years, at around a 2% increase in US wine sales value. According to Wines & Vines and BW166 (2018), total US wine sales were $62.7 billion in 2017, with $41.8 billion in sales from domestic wine and $20.9 billion from imports. Thus, we believe that growing popularity of wine in the United States will translate into a favorable environment for the introduction of wine-based beverages. (Overview)

In warmer states such as Florida and Arizona, casual consumption of cold, light alcoholic drinks such as beer and hard iced tea is very common. We believe that Tinto de Verano, which is popular as a drink for the hot Spanish summers, would be a perfect fit for US states with warm climates.

3)    Lack of similar product in the market.

Bottled wine coolers are virtually nonexistent in the US market. Much of the light alcoholic beverage market is covered by beer. We believe that Tinto de Verano will be a success with consumers who do not like beer as we will be providing a refreshing alternative like no other.

Tinto de Verano has a very simple recipe. (1-part flavored soda and 1-part red wine) It is thus very easy and cost-efficient to make as opposed to beer and pre-mixed drinks like Smirnoff Ice. A low production cost will enable us to price the bottles lower than most competing light alcoholic beverages. This will help attract the young demographic, particularly students above the age of 21. 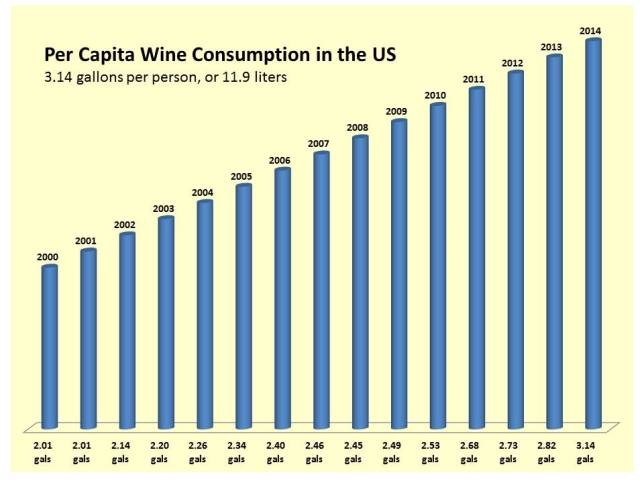 Potential Risks we will Overcome

1)    Low alcohol content may not adhere to target audience needs.

Some of the younger millennials, especially those in college, are likely to prefer drinks that will cause intoxication quicker. Tinto de Verano has a very low alcohol content and will not fulfill this purpose. However, the low cost might certainly help make it attractive for these millennials to buy higher quantities.

2)    Difficulty in making male consumers look away from beer.

As far as light alcoholic beverages go, beer is by far the most popular in the United States. In fact, beer is the only alcoholic beverage to be among the top 5 most popular drinks in the United States, where it is outranked only by water, soda and coffee (Top). The goal thus would certainly not be to replace beer, but instead to provide the best alternative. Especially for female consumers who tend not to like beer as much.

Sandevid, a well-known company in Spain that specializes in Tinto de Verano is a product that we believe has a great potential to be successful in the U.S. market. When we introduce Tinto de Verano in the U.S. our main target audience will be millennials, both men and females ages 21 and on. Sandevid Tinto de Verano will be available in convenience stores, gas stations as well as supermarkets. Since our main target market are millennials, our promotion will consist of social media marketing as well as ads on the stores to increase impulse purchases. After analyzing the market in the U.S. and the various reasons for anticipated success, we believe expanding Sandevid into international markets will be a rewarding venture.

Abadi, Mark. Forget New York – millennials are flocking to these 11 US cities in droves, Business

Published by Merging Cultures through Marketing

View all posts by Merging Cultures through Marketing